Black to the Oscars

Well readers, it was exactly one week ago that actress Jada Pinkett Smith announced her decision not to attend this year’s Academy Awards, citing a distinct lack of diversity in the nominees. In a brief video [embedded below], Pinkett Smith expressed her frustration at the apparent exclusion of people of color in the “mainstream”, and declared that “…begging for acknowledgement, or even asking, diminishes dignity.”

Upon hearing this, the nation has since had a moment of quiet reflection over the issues Miss Pinkett Smith has brought up, calmly and honestly discussing the root issues facing the representation of-

Cue the torrent of self-righteous indignation as folks started positively shrieking about reverse-racism, hypocrisy, and entitlement. And as more and more figures have come out in support of (or at least, sympathy with) Pinkett Smith’s cause, the outrage has only grown with it. It seems that you can’t go anywhere online without running into something like this: 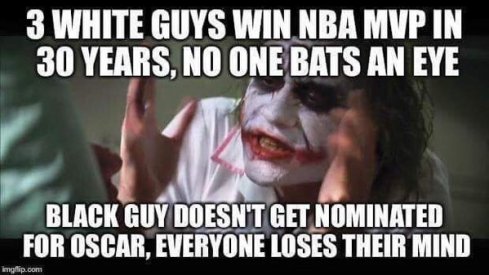 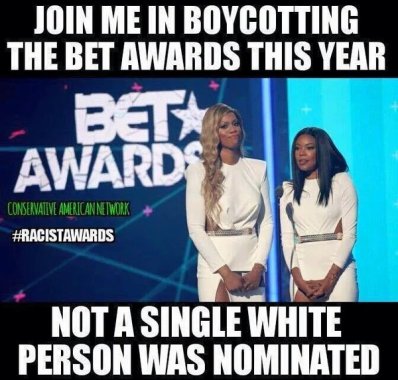 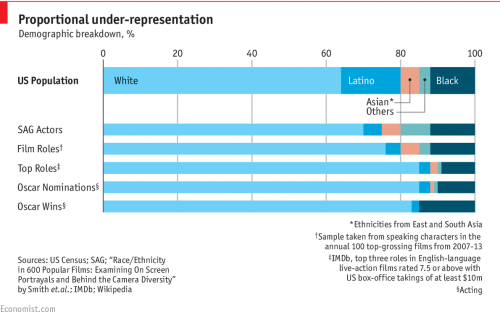 For the record, the stats on this lead to incorrect conclusions- but we can talk about that later.

And I’m not really inclined to respond to any of that. Partly because your truly doesn’t care much one way or another who gets a little statuette, and partly because those arguments are all symptoms of a much deeper problem.

But just so we can get to that problem, let’s try to knock some of the low-hanging fruit out of the way.

I. Only Three White Guys Won an NBA MVP In The Last 30 Years

And that would, at first glance, make the argument of the #OscarsSoWhite crowd look really hypocritical, right? How can folks complain about discrimination in one area when there’s discrimination in a different area? I mean, the civil rights activists of the 60s opposed segregation the American south, but where was their condemnation of bigotry in other countries? Clearly we can ignore all their demands and issues, because they didn’t speak out on behalf of everyone at once. 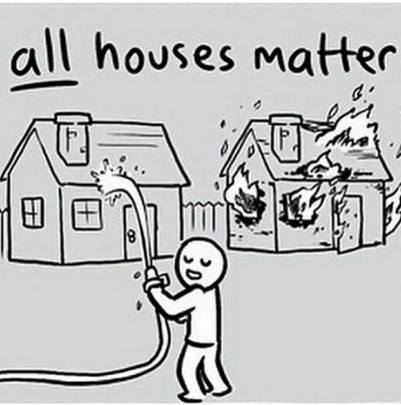 So it’s just this mentality again, only under a different guise. [Source.]

For real though, the MVP award is pretty clearly and openly documented, and- at least from my understanding- heavily based on concrete statistics. The Oscars, by contrast, are far less open and infinitely more subjective, and many argue that folks are using that all as a shadowy veil to cover up the ugly presence of bigotry in Hollywood.

It’s the BET awards. It’s a single, ****y, bottom-of-the-barrel channel and a source of embarrassment to the whole of humanity.

I can’t speak to that personally, but I can definitely say that I’d rather take a swift punch to the groin than have to watch anything on that lousy channel.

You could pelt people with BET awards from a low flying helicopter and people wouldn’t take ’em.

But that’s not even the point.

The point is that people of color have felt, and continue to feel, purposefully excluded from the movie industry in general and the Academy Awards in particular. The question is whether or not that feeling is justified, and that’s the end of it. The BET awards have as much bearing as the Teen Choice Awards- none whatsoever.

III. Oscars Have Been Awarded In Proportion to Race

And they shouldn’t have been.

I’m not going to spend all day here breaking down all the different ways those charts get interpreted wrong, so I’m going to just hit the main point: Oscars should be awarded on the basis of merit, not race.

Let’s be clear here- the #OscarsSoWhite crowd isn’t saying that black actors should just be given awards for being black, they’re saying that black actors who’ve earned those awards aren’t getting the recognition they deserve. And even if the awards were going to be presented in relative proportion to demographics, you need to account for the demographics of actors, not citizens in general.

And we could go on talking about all the other problems with that picture are involved herr, but hey- it’s not really the point. People aren’t up in arms about the Oscars, they’re up in arms about black people.

I’m not saying that Chris Pratt does, just that his reaction of mild concern makes this gif perfect.

Let’s face it, nobody really gives a **** about the Oscars.

It’s a mildly diverting event that happens around this time of year in which we take to the internet to mock celebrity’s wardrobes and to go “Oh yeah- I had forgotten about him” when they put up the In Memoriam reel.

Hell, for the most part we’re just mocking the Oscars for being an elitist club anyways, and spend the commercial breaks trading riffs about the incestuous, Byzantine nightmare that is the movie-making business. We howl with outrage that our personal picks didn’t make it, or sneer as some starlet tearfully thanks her family, her agent, and her Personal-Lord-and-Savior-Jesus-Christ when she was just out of rehab last month. We trade juicy gossip about the freshest sex scandal, the latest drunken rampage, the newest meltdown. But suggest that Hollywood might also be racist, and people lose their freaking minds.

Take a look at this picture: 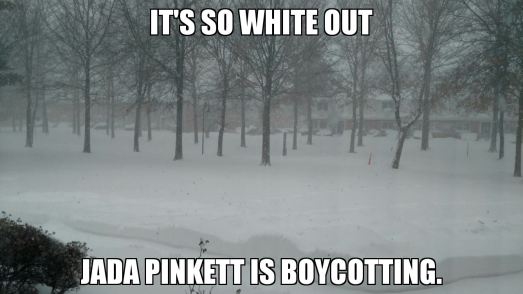 You wouldn’t really think twice about it- just a little jibe at the situation, right? Well think about it for just a moment longer. The caption says that Pinkett Smith is boycotting something because it’s white, which would seem to suggest that Jada Pinkett Smith, Spike Lee, and others reacting against the Oscars aren’t doing so because of lack of diversity, but because “**** whitey”.

And that’s not the problem.

At no point have any of the folks even remotely linked to this issue ever said that they were angry at white folks. So why the defensiveness?

Maybe it’s goes back to what we mentioned earlier- that this is a perceived attack on fairness. Awards are, after all, supposed to go to the folks who’ve fairly earned ’em. If Jada Pinkett Smith et al. are upset that more people of color aren’t getting awards, well, doesn’t that just mean that people of color need to work hard for ’em?

Time after time (and here on this blog) we’ve documented instances of whitewashing; that is, clearly non-white roles being given to white actors and actresses. On the other hand, when a person of color does land a character- no matter how minor- there’s almost always an ugly backlash by folks who want to know why there’s some “conspiracy” against Caucasians. 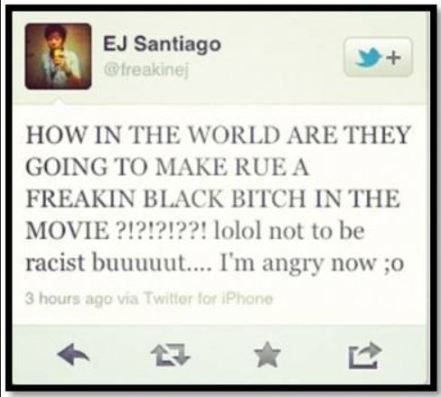 “Rue” was that little girl in the first Hunger Games movie.

But we knew that already.

Anyone taking even a few minutes to consider that would easily come to that conclusion. But that doesn’t happen because plenty of us fly into a panic at the suggestion that black people might be coming to steal our awards away.

Because they are “our” awards, right?

Black people get their BET awards, Latinos get their ALMAS, whites get the Oscars, and when they’re feeling generous, they might deign to share one or two (so long as it’s proportional to the population). And any minority attempting to stray from the “separate-but-equal” system is just an uppity ingrate– whether it’s some supposed immigrant here to take “our” jobs…

…or some black actor or actress trying to take “our” awards. 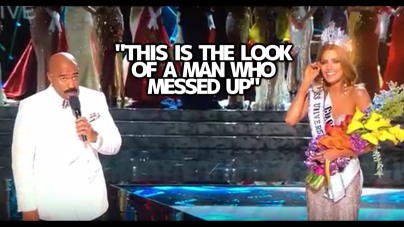 That’s how our flavor of bigotry works- being a racist doesn’t mean you want to commit act of genocide- it can be (and much more often is) a simple belief that people should be kept separate from each other because that’s “just how things should be.”

It’s the reason “But I have a _____ friend!” or “Some of my best friends are _____!” just doesn’t cut it as an excuse for bad behavior. Plenty of bigots have plenty of “friends” of a wide range of races, and will continue to be their friends until said friends start getting too “uppity” or forget their “place”. Heck, you can be _____ and still have this very mindset- don’t for a second think that “I’m _____ and I think…” is going to be any better.

Look, even if- if– the Oscars are perfectly fine with race, it’s pretty damn evident that we, as a people, aren’t.

Let’s deal with it.

One response to “Black to the Oscars”