END_OF_DOCUMENT_TOKEN_TO_BE_REPLACED

When Life Gives You Don Lemon II: The Lemoning

Our more dedicated readers will remember we wrote about the CNN news anchor back in November, and by “wrote about him”, I of course mean “launched into a detailed tirade about what an spineless, amoral sleazebag the guy is“.

Yeah, we weren’t gentle with that one…

Now as we’ve said before, there’s plenty of folks out in the news who lack integrity. Those folks- your Piers Morgans, your Glenn Becks, your Keith Olbermanns- are plenty nasty, don’t get me wrong, but they’re at least motivated by some agenda. You can generally count on ’em to focus their bile in a precise direction or at specific targets.

No such luxury with Don Lemon.

Don Lemon- as he himself would tell you- isn’t tied down to any one perspective or set of politics. One day, he’s speculating to whether or not a black hole was the cause of the disappearance of Malaysian Airlines Flight 370. Or one day, he’s asking one of Cosby’s alleged rape victims why she didn’t just bite the guy’s penis. Or he’s endorsing the patently racist and unconstitutional practice of “stop-and-frisk”, and telling folks they have to choose between dignity and security. There’s really no rhyme or reason to it. The dude’s got the earnestness of Walter Cronkite and the journalistic ethics of the Daily Mirror.

END_OF_DOCUMENT_TOKEN_TO_BE_REPLACED

Expanding the Golden Rule (Are We Taking Animals “Foie Gras-ted?”)

I don’t eat liver.  Doesn’t matter what animal it came from, it is literally the body’s filter, and I’m not putting that in my mouth.  Unsurprisingly, a large portion of humanity does not share my distaste for consuming fleshy contaminant processors.  Take foie gras, for example.  It’s a special kind of gross, prepared organ, which Wikipedia describes as “the liver of a duck or goose that has been specially fattened.”  Thing is, “specially fattened” is a euphemism for “force fed with a metal tube.”

This was brought to my attention recently, as a student from my school was recently arrested for secretly recording video from inside a foie gras farm, and, allegedly, stealing some ducks.  She’s facing up to seven years in prison for this.

Now, I am a meat eater.  I love meat, hell, I evolved to eat meat, as did the rest of you (assuming all of our dear readers are human).  That being said, I don’t like meaty foods that require inhumane treatment of the animal that material’s coming from.  It’s why I don’t touch veal.  I think an animal should get to live its life like an animal, with its own kind, moving around, eating, sleeping, having sex… If the meal in question requires that an animal be pumped full of chemicals and locked in a box to restrict its movement to keep it tender, I will have none of that.

In general, the issue of “animal rights” is a tricky one, for a variety of reasons.  Mainly, because our use of animals is almost ubiquitous across every area of our lives.  We eat their meat, we ride on their backs, we drink their milk, we feed them to our other animal friends…  It’s hard to step back and reconsider something so inextricably incorporated into our lives.  And of course, there are other things that make the topic a sour one for many…

END_OF_DOCUMENT_TOKEN_TO_BE_REPLACED

A part of me would love to weigh in on Kat’s critique of Gordon’s critique of her critique of anti-femininity, but I’d say they’ve pretty well covered it (Kat won.  There, I weighed in).

You brought this on yourself, Gordon.

But no, I have other fish to fry.  In celebration.  I’m frying celebratory fish here, because it’s Darwin Day!

Yes, February 12 is a holiday to some, though not a federally listed one.  There are some who are fighting courageously to make it so, and I mean, why not? We do have federal holidays for some… Less wonderful people.

Now, Darwin was a pretty great guy, who gave us a pretty great idea (Natural Selection), and both are pretty misunderstood in today’s society, even by some of their supporters. END_OF_DOCUMENT_TOKEN_TO_BE_REPLACED 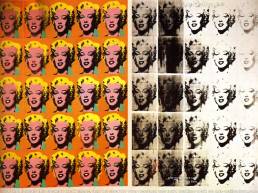 It’s 2015, readers, and what better way to start off the year that’s just beginning than by railing on an idea that need to end? Yup, we’re talking Postmodernism here.

Not too long ago, I wrote an article giving an overview of Postmodernism, and it nearly killed me. Yours truly tries to make a point of not including my own judgments in these posts and just let folks draw their own conclusions, but this one- gah. Took every ounce of my (limited) restraint not to rip it to pieces and cackle victoriously as I squat over the grave of Jacques Derrida and…

…well I’m getting ahead of myself, aren’t I?

When Life Gives You Don Lemon

By now, most of you are probably familiar with the recent scandal involving CNN anchor Don Lemon’s comments to Joan Tarshis, an alleged rape-victim of Bill Cosby. Lemon had blindsided his guest with the question of “Why didn’t you resist”, which beyond being a shockingly insensitive thing to say to any assault survivor, carries with it a host of the most vile, victim-blaming myths imaginable. Time already has an excellent point-by-point take-down of Lemon’s statements, none of which needs my repeating here.

See, I started off writing this post with the intention of revealing the man as nothing more than an inept clown, motivated by bumbling incompetence rather than malice or spite. The more research I did, however, the less I found myself able to support that idea. There’s nothing innocuous or innocent about Don Lemon.

While many of us were probably unaware of Lemon until his “don’t get raped” comments (or his bull**** non-apology, which we’ll get to in a second), I actually recognized him the second I saw him. Back at the end of September, Lemon, along with co-anchor Alisyn Camerota, had an interview with Islamic scholar Reza Aslan.The “interview” (the whole thing seemed more reminiscent of a McCarthyist witch-hunt) swiftly degenerated into an agonizing fear-mongering session- the very memory of which still makes my blood boil. I’ll let the ever-entertaining Cenk Uygur (of “The Young Turks”) break the debacle down for you.