With the 89th Academy Awards coming in just a few short days I’m grateful for the opportunity to interview director Juanjo Giménez and pick his brain about Timecode, which has been nominated for Best Short Film.

This comes roughly two weeks after my review, and I made the most of the occasion by trying to unpack so much of what I enjoyed about this particular piece of work. While I was only able to ask so many questions, I hope that Giménez’s answers help shine a little light on why Timecode was considered for this great honour, as well as why it might deserve it.

To start with, it’s almost no surprise that Timecode was nominated for both an Academy Award and a Goya Award given your impressive filmography. Has having written, directed, and produced so much award-winning work changed your approach with each new project?

I don’t think so. I think that no filmmaker thinks about awards or recognition when making a new film. In our case, financing every new project has always been difficult, even if the previous film has been a successful one. The only thing that is essential for approaching a new project is the need to make it.

It’s notable that much of the work you’ve received the most attention for are your short films. What is it that appeals to you about that particular format?

Timecode is my ninth short film as director. I learned that short films usually fit the way I approach filmmaking better. And what’s more important, there’s nothing wrong with that! That doesn’t mean I won’t make a feature film again, but shorts provide a great platform for experimenting without the financial struggles that usually constrain a fiction feature. Even if I speak as a producer, in terms of financial results, my shorts have always been more profitable than my features.

As I mentioned in my review, Timecode is a work that eschews a lot of dialogue for action. Given that you wrote the screenplay as well as directed the short film the transition from what’s on the page to the screen must have been fairly straightforward. Do you think it might have been more difficult only taking on one of the two roles?

The original idea was just that: lot of dance, little dialogue. I always start my projects from the beginning, that means from the screenplay. I wrote my last fiction films with the help of a co-writer, Pere Altimira. Both Lali Ayguadé and Nicolas Ricchini are immensely talented performers, but also have a great deal of experience with choreography – that made the things easier. 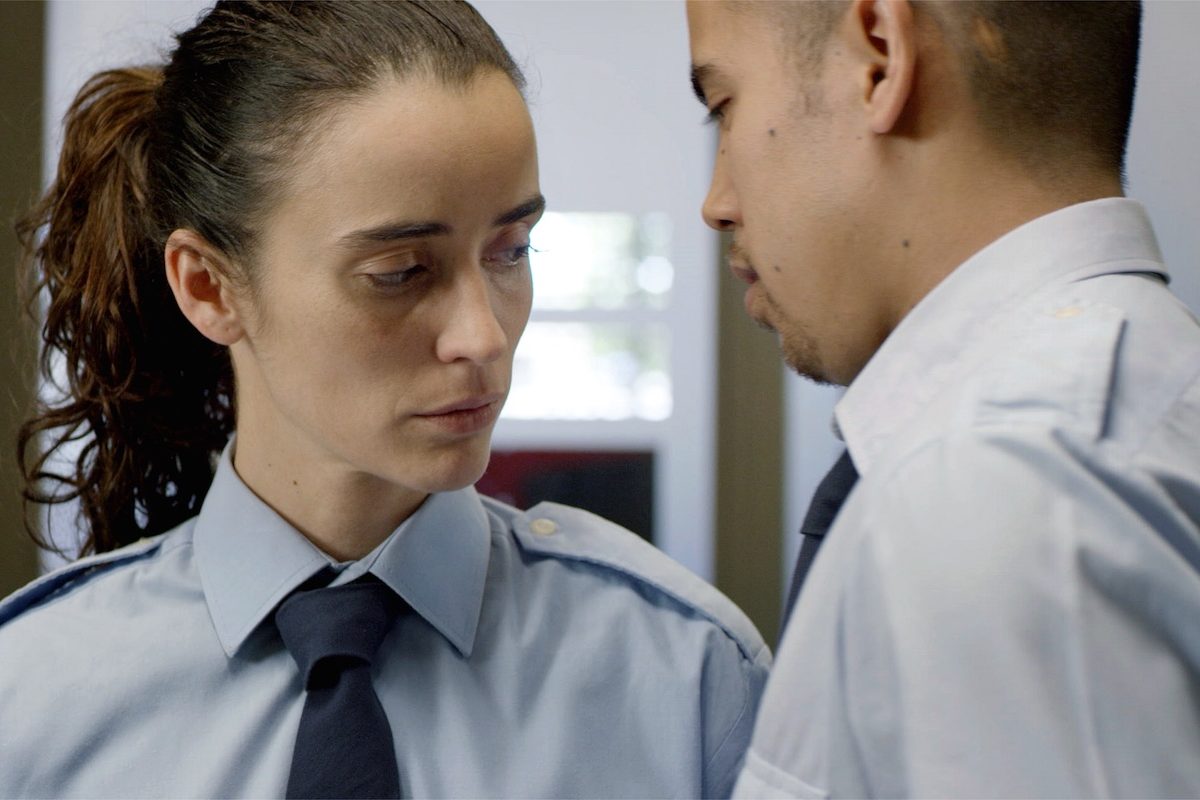 I’m unsure of your own personal background with dance, but what was the process like directing the two of them? How much were they able to contribute to the finished product beyond merely acting in it?

Some of the choreography used in Timecode comes from “Incognito”, the show that Lali Ayguade and Nico Ricchini were performing at that moment. The fact is that we didn’t have much time for rehearsals, so we wanted a couple that were accustomed to dancing together. I was focused more on giving normal acting guidance for dramatic scenes, rather than dance sequences where they were the real masters. I stepped in only when dancing implied a narrative intention, and especially when it came to the integration with the space. We chose the concrete shooting places inside the parking garage even before Lali and Nico were recruited. When they were on board, some choreography was prepared exclusively for that location. However, every decision in that field was always discussed between the two dancers and myself. The “dancing” work, for me, was at the editing. And I’m really bad at dancing!

What inspired the idea of having much of Timecode filmed through security cameras, and what kind of extra elements, if any, do you think that perspective adds?

There’s always a sense of being the “voyeur”, watching something you’re not allowed to. There is always a character between the spectator and the CCTV screens, that acts as a reinforcement. That’s one of the essences of cinema: entering other people lives and knowing their secrets without being noticed. We communicate with other people through screens constantly these days, but we consider this way of communication a substitute of the real thing. What makes this story different is that CCTV systems are not intended to be used as communication tools. We usually associate surveillance systems with crimes or bad behaviour. And that’s a film cliché. It’s this contrast that makes the story of Timecode powerful. On the other hand, in the time between the timecodes, the love story is in the head of the spectators, and that’s more powerful than showing specifically how the story is developing.