Looking for Love as an ABC on ABC: Revian Chang’s Bachelor Experience 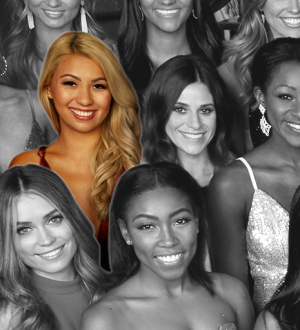 On January 7th, 2019, at 8 PM (7 PM Central), ABC premiered the 23rd season of perennial reality TV favourite The Bachelor. Starring ex-NFL tight end Colton Underwood, this latest installment also held the promise of following Revian Chang, an Asian contestant, and her own search for love. It was a search that ended at roughly 11 PM (8 PM Central) that very same evening.

It was an event that I couldn’t pass up covering, and Revian somehow found the article I had written and reached out to thank me via email. After the weeks it took me to finally ask her to do a short interview she graciously agreed, opening up on her short stint on the show and what it meant to be a Chinese woman on the historically very white show.

There’s an easily traceable history of past contestants and future contestants running in the same circles. Did you know anyone else who had also applied to be on Colton’s season? Is there a whisper network for Asian-American applicants?

I didn’t know anyone who also applied for my same season. However, I was friends with a few previous contestants prior to applying.

In an interview with NPR Chris Harrison said that they “don’t get the same cross-section of casting,” specifically referring to the fact that there aren’t as many non-white applicants to the show as white applicants. He went on to say that “[minorities] don’t see themselves represented on television. They don’t see themselves represented equally. And so I would assume, ‘Why would I be going to do this if I don’t see myself there anyway?’” Do you agree with that?

I can understand the assumption as to “why would I do this if I’m not being represented, and if I am represented…it’s not equally,” and rejection or misinterpretation are both scary. But if we continue to assume this, then minorities continue to have a lack of representation.

I went in knowing that most contestants and viewers of The Bachelor are white. I didn’t allow it to scare me off. I think I wasn’t scared because I am confident and happy in who I am. And if a major network show were to cast me, I hoped I would be a good representation for a minority group.

What was it like applying to the show knowing that you would almost certainly be in the minority? What can you share with other Asian fans who may want to apply but may be too nervous to?

I was excited! I find that being a minority is a strength. I looked forward to hopefully showing others what it is like being an ABC (American Born Chinese).

We can say we want more representation in media, so if trying out for reality TV is an interest of yours, it doesn’t hurt to try. The answer is always “no” if you never ask (I know it’s cliche but it’s true).

Some have said that this is due to non-white parents not supporting their children in something like becoming a reality TV show contestant. Were your parents supportive when they found out you’d made it onto The Bachelor?

My parents were extremely supportive when they found out I was cast! They have always given me the space to make my own major life decisions. I guess you can say they aren’t the traditional “strict Asian parents”. They’re the biggest advocates for my happiness and exploring out of my comfort zone.

Can you share a little bit about the experience of being one of the only Asian contestants? Was that affected at all by the fact that the other two contestants (Sydney and Kirpa) came from mixed-race families?

I was excited yet nervous knowing that I was the first full East Asian woman cast since Season 2. And, I really wanted to show viewers how my Chinese background plays a major role in who I am as a person.  My parents are immigrants from China and carried a lot of traditions when they moved here. I also crossed my fingers that Colton would maybe get to meet my family and see how adorable and endearing they are.

I noticed from previous seasons that half-Asians are pretty well-represented on this show and usually do pretty well. Half-Asians seem to embody Western beauty standards with just enough “exoticism” to be unique. And they just seem more relatable for the show’s Middle America viewers.

That being said, Kirpa and Sydney are both beautiful girls and from the few interactions I had with them, genuine as well. Race put aside, they both were more than deserving to move on further in the journey.

As I mentioned in my write-up of your time on The Bachelor, I found out about you through subtle asian traits. Given that you’re a part of that group, what was it like seeing that so many people across the globe were so supportive of you doing well?

I never thought a funny meme page my friends and I would frequent and tag each other in would include a post about me. It was very heartwarming to see so many kind words posted. I thought the members were mostly from America, but to see support from Australia, China, Japan, and a few from Europe was not what I expected! I also got private messages on Facebook and Instagram from people thanking me for representing Asians. I would lightheartedly joke that I barely had any screen time to do so, but this further shows how badly we want to see someone like us on TV.

Given that you weren’t able to make it past Week One, was it surprising to you that you received so little screentime (my count came out to 16 seconds). Especially when compared to girls like Alex D. (who exited the limo wearing a sloth costume).

I give Alex D. major props for being bold and wearing the sloth costume. She provided me many laughs during a long and nerve-wracking night. I actually had a fever the night before filming so I wasn’t feeling myself 100%. So I was a little disappointed with how little screentime I got, but I wasn’t surprised.

Is there anything that you can tell me about your time with Colton that we weren’t able to see during the premiere? Were you actually able to teach him any more Mandarin?

I regret to say Colton didn’t get another lesson in Mandarin. I initially wanted him to teach me football, but we didn’t get a chance to do that either. We had a brief chat where we played “never have I ever” to loosen up the first meeting, but before we could dive into the deeper topics he was ‘stolen’ by another girl.

Finally, now that it’s been a few weeks since the finale, what do you think of Colton and Cassie? How about Hannah B. as the newest Bachelorette?

I believe they are genuinely in love and seem so happy! I’m happy to see that the Bachelor brought the two of them together.

I am so excited for Hannah B. to be the Bachelorette. She is endearing and relatable in her own way. I bet men are already swooning for her this early on and she is going to kill it!