Why Hillary Shouldn’t Be President

At the time of this writing, the results of the New Hampshire primaries have yet to be tallied. While it’s generally predicated that they’ll reflect a sweeping win for Vermont senator Bernie Sanders, following weeks will see the battle carried on to Nevada and South Carolina, where Sander’s rival Hillary Clinton is polling much stronger.

The war for the White House is far, far from over, but in the Democrat’s camp it’s still surprising that there’d be such a struggle to begin with.

After all, it was supposed to be a cakewalk.

Former first lady, former New York senator, former Secretary of State, former presidential contender Hillary Rodham Clinton was supposed to have this in the bag. With her extensive political career, her chosen-one status among the party establishment, her global reputation, her nomination was so certain many had dubbed it a “coronation“.

Months into the campaign, and barely scraping by after a virtual tie in Iowa, Clinton’s hopes for an easy win have been obliterated- and yours truly couldn’t be happier about it.

Am I a Sanders fan?

I’m not sure yet. END_OF_DOCUMENT_TOKEN_TO_BE_REPLACED

Bigotry, Borders, and Beyond

What’s the first image that pops into your head when I say the word “refugee”?

For many, it will be that of displaced African villagers, perhaps with stomachs bloated from hunger, listlessly waiting in line for water in some desecrated wasteland.

For others, it might be more recent images: those of shivering, terrified Syrians, crammed into boats as they prepare to make a perilous voyage across the Mediterranean.

But how many would think of scenes like this?

No, that’s not the Balkans or Turkey or Darfour. That’s the Congregational Church of Austin in Texas, barely over a thousand miles from where I’m writing these very words.

The “American Immigration Crisis” has been quietly brewing since 2014, when a sudden surge of migrants- most of them young children– attempted to cross into the US from countries in Central America.

The response by many, as you can probably guess, was less than welcoming-

Across the Southwest (and the country at large), outrage was expressed over these “illegals”, the town of Murietta, CA perhaps serving as the best example. In July of 2014  buses carrying migrant families were protested in a manner that can only be described as repulsive- but I’ll let you watch for yourself and decide:

END_OF_DOCUMENT_TOKEN_TO_BE_REPLACED 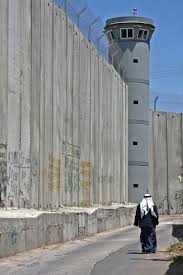 END_OF_DOCUMENT_TOKEN_TO_BE_REPLACED

Imagine for a moment, the existence of two mythical lands: Acirema and Adanac. Imagine that you are a citizen of Acirema, living in a little town bordering Adanac. Despite your isolation, you’re just as patriotic as any another Acireman. You wave the Acireman flag, salute it, pledge your undying allegiance to the homeland, and swear to defend her against all attacks. You cheer on your Acireman compatriots competing in the Olympics. You stand up and applaud when they win, and howl with despair when they lose. As far as you are concerned, you are a proud Acireman, a citizen of the greatest nation on earth; you love your country just as every red-blooded Acireman is expected to.

And then it is discovered in an old, forgotten document that a century earlier your far-off neck of the woods was actually purchased by Adanac from some forgettable Acireman president. All this time the Acireman-Adanacian border was actually twenty miles further south, making your town and everyone in it Adanacian. What do you do? You were born in another country, making you a citizen from a country that has until now been foreign to you. Do you still salute the Acireman flag? Do you still cheer for the Acireman athletes? Do you still decry the metric system as a tool of the devil?

You probably get the point by now.

Nationalism, boiled down to its most basic components, is the idea that borders matter. That being born on one side of an imaginary line fabricated by affluent racists a few centuries ago should make you a different person than if you were born a few miles north/south/east/west of it.

Now we’re not exactly caught up in some series of Napoleonic conflicts, so why bring up nationalism as the topic for this week’s shame day?

It’s because of this quote by President Obama:

“America remains the one indispensable nation, and the world needs a strong America, and it is stronger now than when I came into office…”

Now let’s take a few minutes to reflect on the sheer arrogance of that statement.

Good, now let’s break it down.

According to the president, America, and only America, is the one necessity in the world. Brazil, we’re ok if that goes away. The UK can sink into the ocean. China, Russia, Nigeria, Japan,  Italy, Laos- these places are “dispensable.” They don’t serve an important function like America does. America is “indispensable”- the one indispensable nation.

Now if this quote came from some goose-stepping splinter cell in Nowhere, Arkansas, we could probably ignore this. However, as it came from the single most powerful man on the planet, we’re probably not crazy for raising some concerns.

I mean, let’s assume the guy is right- America’s existence is the cornerstone of all stability and decency in the universe, and it is simply more important and valuable than all the other nations of the earth. Shouldn’t we then be concerned about damaging this sole stitch in the fabric of civilization? Puerto Rico, a US territory, is currently petitioning to become a state. If it does, will the America that Obama calls indispensable change in such a way as to unravel all of that? What about selling an acre of land in the south to Mexico, would that shift in the border constitute a change to this indispensable nation?

Or maybe it has nothing to do with borders- maybe America’s indispensable nature has to do with its people. Obviously to protect this, we must maintain things the way they are, and keep any immigrants from entering into the nation, or any Americans from immigrating out, lest we screw up the quota that makes us us. Or maybe it’s not about borders or people- maybe America’s unique nature as “indispensable” comes from its values- that’s why we need to never add or abolish any laws or rules or alter our culture or worldview in any way.

Let’s be realistic here. I’m an American, and I am not exceptional. God Almighty does not smile more upon me for have been born in square A than in square B. My blood is not somehow more precious than that of someone who lives a few feet across an imaginary line in the dirt. If a Mexican, a Canadian, and I were drowning in the ocean, you would not be more obligated to rescue me for either of them. I am not any less dispensable than any other human being on the planet by virtue of my passport or my heritage. This idea that we are somehow inherently divided as human beings on the basis of where we were born is unspeakably stupid. There’s nothing wrong with liking the unique things about the place where you live, or the good and courageous things that are being done, or have been done, or the noble values that your countrymen hold. But ranking these things- the unique things, the good and courageous actions, the noble values- as being less or more important on the basis of their proximity to you is just a flipping shame.