END_OF_DOCUMENT_TOKEN_TO_BE_REPLACED

Truth be told, I’m not a criminologist and I can’t really claim to know what all criminals wear, but I’m going to assume it looks like this because having to think for extended periods of time makes brain go hurt-hurt. But I see someone who fits the image that the media has created for me and I just go “well if TV says a thug looks like this, then this guy must be a gangster. When has TV ever lied?” END_OF_DOCUMENT_TOKEN_TO_BE_REPLACED

A Special Place In Hell For Madeleine Albright 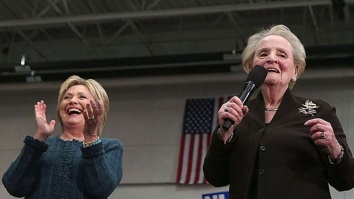 That declaration was by former Secretary of State and (depending on the shift in public perception) former feminist icon Madeleine Albright, speaking at a rally for presidential candidate Hillary Clinton.

This comment follows close on the heels of feminist Gloria Steinem’s snide remark that the some 82% of millennial women supporting Bernie Sanders were doing so just so they could meet boys, and not long after DNC chairperson Debbie Wasserman-Schultz accused the same demographic of “complacency.”

And the timing is hardly coincidental. Staggered by a Pyrrhic victory in Iowa and a resounding defeat in New Hampshire, the Clinton campaign has been desperately attempting to find a swift end to what will otherwise become a protracted and altogether too-close-for-comfort campaign, and securing the female vote has been the first place to start.

Or at least, such was the intention. END_OF_DOCUMENT_TOKEN_TO_BE_REPLACED

Am I Disablist? 2 Surprising Ways We Still Oppress Disabled People or: How A.J. Withers Changed the Way I Think About Disability

A little while ago, I was chatting with Evan when I made some offhand comment about something being “crazy” or “lame”. Honestly, I can’t remember what the comment was about. I do remember Evan mentioned that he was making a conscious effort to avoid language that helped embed our negative cultural attitude towards disability and mental illness.

At the time I was somewhat dismissive of his comment. Don’t get me wrong, I certainly do believe that our words matter.

But in that moment, I just filled away his comment without much thought.

I wonder if the reason I was so dismissive is because of the social invisibility of disability. As a society, we tend to ignore the voices of disabled people, unless they have a particularly tragic and/or inspirational story to share. We don’t want to hear about the ways our society continues to be stacked against disabled people. And we certainly don’t want to hear that we need to change. END_OF_DOCUMENT_TOKEN_TO_BE_REPLACED

As you already know, June 26th saw the US Supreme Court’s ruling in Obergefell v. Hodges- an agonizingly boring name for what was one of the most momentous decisions in American legal history.

Effectively legalizing same-sex marriage in all 50 states, the ruling was met by many Americans with resounding applause and celebration that often seemed to border on being downright aggressive.

The pastor who promised to set himself on fire if the ruling was made (though he swiftly retracted that oath), the folks claiming that gays cause hurricanes, the ones who hold up picket signs reading “God hates Fags!”-

-these are not the people I want to talk about.

I’m referring to the non-crazy (but by no means less angry) rank and file of the opposition here. Your conservative uncle. Your Wesleyan Aunt. Folks who’d never shriek obscenities, or claim the impending wrath of God, but who’d still shake their heads sadly and call this ruling a “tragedy” or “evidence of our culture’s moral free-fall”. 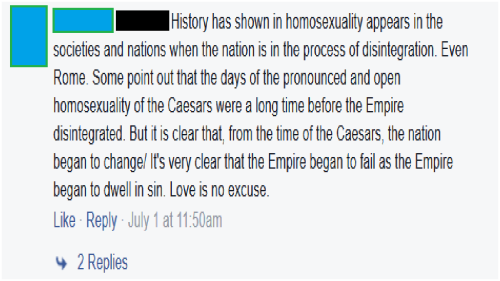 END_OF_DOCUMENT_TOKEN_TO_BE_REPLACED

Why Ben Carson Shouldn’t Be President

The past two decades has not been kind to American Christians.

In spite of the Bush presidency, largely supported by Evangelicals, the former administration’s efforts were focused on the battles in Iraq and Afghanistan, rather than at home. In 2000 only a single state recognized same-sex marriage. Today only 12 states do not, and gay rights have rapidly moved from a fringe issue to a widely accepted stance. Support for Roe V. Wade has seen a slow but steady increase, and belief in evolution has seen similar growth- even among conservatives.

With these defeats, it would be understandable if conservative Christians claim that their once mighty “Shining city upon a hill” has fallen into disarray, with the forces of secularism closing in for the final siege.

Enter Dr. Ben Carson, 2016 presidential hopeful, and, to hear many talk, one pale horse shy of the second coming.