“Hail Gaiman” Or “Sympathy for the Devil”

Whimsical genius behind countless best-selling novels and comic books. Creative cadre to such literary giants as Terry Pratchett and Alan Moore. Champion of the plight of Syrian refugees. Perhaps one of the great authors of this time, with tales and yarns extending from the worlds of realism to science fiction to fantasy.

In many respects, a modern-day C.S. Lewis, with his ability to make the magical and divine seem every much as real and accessible as anything in the waking world.

Shame some folks don’t see it that way.

Specifically “One Million Moms”, which has created a petition for FOX to cancel Gaiman’s upcoming Lucifer TV series.

Now for the unaware, Lucifer is a comic book series spin-off of Gaiman’s fantastical masterpiece Sandman. Dealing largely with themes of free will and fate, the series sees its titular character abdicate his infernal throne and become a beach-bum in Australia.

The series has been loosely (but still earnestly) adapted by FOX, with the show’s premier airing at this year’s ComicCon and a three minute trailer released for the public at large. END_OF_DOCUMENT_TOKEN_TO_BE_REPLACED

Evan, am I crazy here? END_OF_DOCUMENT_TOKEN_TO_BE_REPLACED

Django and the N-Word

Let me begin by explaining that this is not a review of the simultaneously acclaimed and decried 2012 Tarantino blood-fest. You want to hear one of those, I’d recommend clicking over to Spill or The Escapist’s “Escape to the Movies.” No, what I want to talk about are some specific elements and segments of the film which have become points of contention, controversy, and debate in the past weeks.

Let’s start with the most obvious:

I. Saying “Nigger” Every Other Word

I won’t claim to know your stance on the word “Nigger”- heck, I’m not even sure of my own stance. Perhaps you view the term as so degrading and reprehensible as to merit burning it from spoken language. Perhaps you believe that appropriating and using the word strips it of its power to even be used as an insult. Maybe you see it as being purely contextual- a term of address with audience and a terrible insult with another.

It’s all Elmo ever thinks about

There are probably strong points to be made on all sides, but perhaps the stance you cannot take is that the use of the word “nigger” was inappropriate for the movie.

Now before you take up the battle-cry of “Tarantino is just trying to shock us!” or “Tarantino uses the word excessively in his other movies!” I have to say this.

It’s Tarantino; that’s not an excuse, that’s a fact. You wanna take up his use of the word in other films, then that’s part of the whole debate mentioned above. Simple truth of the matter is that this use of the word “nigger” would still be controversial if the film had been made by anyone else. So let’s talk about it.

Let’s assume that this movie, with selfish or noble intent, is trying to demonstrate a glimpse of the world in question; the use of that word is almost bound to come up. I might throw out the example of Mark Twain’s classic novel Huckleberry Finn, and while by sheer volume Django probably has Huck beat for use of the word, by percentage I’d posit the two are pretty evenly matched. The escaped slave Jim is repeatedly and almost exclusively referred to as “Nigger Jim,” as are the other black characters in the book. Now Twain was anti-slavery and used that word to demonstrate the dehumanization of African Americans (which is why taking the word out of versions of the book is so dumb), as well as reflect the general use of the word. Now I’m admittedly no historian, but if the writings of Twain and other authors are any indication of the times, I wouldn’t say the film is quite so far off as some critics might suggest.

And speaking of historical accuracy…

II. The KKK, or Lack Thereof

There is a scene in the film during which a group of men wearing white sacks over their heads attempt to stage an attack on Django and Schultz. New Yorker contributor Jelani Cobb writes “Tarantino depicts the K.K.K. a decade prior to its actual formation in order to thoroughly ridicule its members’ (literally) veiled racism.” While that scene was (in my own opinion) side-splittingly hilarious, Jelani, and many others, are dead wrong in assuming that this scene depicted historical inaccuracy.

Take this section from Huckleberry Finn:

Why don’t your juries hang murderers? Because they’re afraid the man’s friends will shoot them in the back, in the dark — and it’s just what they WOULD do.

“So they always acquit; and then a MAN goes in the night, with a hundred masked cowards at his back and lynches the rascal. Your mistake is, that you didn’t bring a man with you; that’s one mistake, and the other is that you didn’t come in the dark and fetch your masks.

Again, this is a Tarantino movie set in a Tarantino universe. That’s not a defense, simply, as I’ve already stated, a fact. If you’re looking for a historical account of the pre-war South, a spaghetti-western revenge flick probably ain’t the best place to look for it. There are going to be certain inaccuracies, and there are going to be things the filmmaker has to get right- but all of that is beside the point (which we’ll get to in a minute). All of that’s to say if you’re gonna try to criticize (or praise) the movie’s deviation from historical truth, make sure you’re (1) doing it for the right reason and (2) that you’re critique is actually right.

In Django, Samuel L. Jackson plays the role of the villain’s head-slave Stephen, who isn’t so much a character as a caricature of the most groveling, snivelling Uncle Tom you will ever see or even imagine. This guy makes Uncle Ruckus look like Eldridge Cleaver.

You are guaranteed one genuine Gordon hug if you know who Eldridge Cleaver is.

I’ve heard people call this portrayal offensive, bordering on “black-face” in its depiction of stereotypical “black” mannerisms. It’s exactly for that reason that I didn’t have a problem with the character.

I really have no reason for putting this gif in here…

See, the entire point is to make fun of the guy- and not just him, but the quisling slaves that did indeed exist. I don’t think that this portrayal robbed the film of the gravity of slavery anymore than Bugs Bunny foiling a cartoonized Hitler robbed WWII of it’s gravity.

Now let’s get right to it-

LA Times journalist Erin Aubry Kaplan said this of Django’s depiction of slavery: “It is an institution whose horrors need no exaggerating, yet Django does exactly that…”

This is a flat-out falsehood.

If Django Unchained exaggerated the horrors of the slavery, if the film depicted one one-hundredth of the horrors of slavery, I will never write again. Despite the allegations of this critic, the truth of the matter is that we could depict the institution of slavery for a century and be no closer to depicting an ounce the inhumanity of it all than when we first started. Does the film exaggerate slavery? Absolutely not. Does it make light of it? Certainly this was a concern of mine going into the movie, but having seen it, I really don’t think it can be faulted there either. The film does, I believe, make a distinct effort to show slavery as brutish and ugly as possible. Or, at the very least, the slavery scenes; this is, after all, a revenge movie first and foremost.

That’s the thing I feel most people are missing here. This ins’t a movie about slavery, this is a movie with slavery in it. It’s a revenge film in which one sorely persecuted character dispenses well-deserved justice upon his persecutors and we all nod our heads in approval and feel a sense of pride and joy well up as we look into this fantasy where the bad guy does get what’s coming to him. Slavery is the backdrop, not the subject, of the movie, but it’s just such a major issue that most of us are getting hung up on it. The equivalent might be bashing a western on the basis that the actual “wild west” was pretty peaceful- factually true, but still missing the goal of the story. 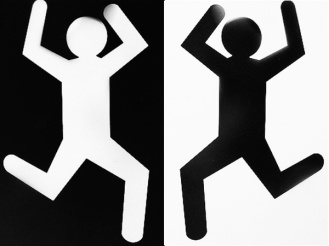 GORDON: Welcome back, ladies, gentlemen, and persons who defy conventional gender roles, to another edifying episode of Evan and Gordon Talk. Our topic for tonight: Hipster Racism.

EVAN: Uh, I’m going to leave you to that, actually. Gordon sent me this link to check out, and the bit about “hipster racism” is actually quite short [appearing at about 00:00]. The speaker, China Miéville, had a lot of amazing things to say, and I lost it in there somewhere. [I’ll probably be writing more about the lecture on Friday]

GORDON: Essentially, “Hipster Racism” or “Ironic Racism” are jokes or comedy with traditionally racist content, funny not because they put people down, but funny because of how utterly atrocious and ignorant they are. Similar to a dead baby joke.

The question we’ll be dealing with tonight is this: Is ironic racism still just racism?

EVAN: This strikes a similar chord with a conversation I had with . . . a friend of mine, where he called Arab people “towelheads.” 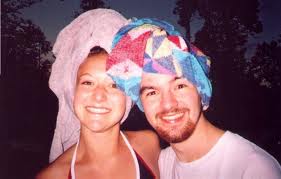