I’ve mentioned on more than a few occasions that Europe is grappling with issues of racism, which is something of a euphemism for “full fledged white supremacy movements.” What with my repeated references and the major role that this obviously plays on a cultural and political field, I figured it’s high time I actually break it down for ya.

You’d think that a nation that’s invaded all but 22 countries, maintained the largest empire of all time, and started multiple wars with underdeveloped nations to force them to buy drugs would be a bit more understanding when the people from those countries tried moving to the UK to build better lives for themselves. Instead, the flow of immigrants into Britain has resulted in a massive backlash from the “native” English (you know- the ones descended from Angles, Saxons, Jutes, and Norman immigrants). United under the fear that the empty house next door might be rented out by a family with brown skin and funny accents instead of a family with white skin and funny accents, Britain has seen the rise of bigoted groups in both the forms of political parties, such as the “British Nationalist Party” [BNP], to straight up gangs of violent racist thugs, such as the self-proclaimed “English Defense League” or “EDL”. But hey- we’ve got similar problems across the pond- what’s the big deal (other than, you know, the attempts to turn Britain into a whites-only nation, through violence and intimidation if necessary)? END_OF_DOCUMENT_TOKEN_TO_BE_REPLACED

Evan, am I crazy here? END_OF_DOCUMENT_TOKEN_TO_BE_REPLACED

The Very Real Threat of Islamophobia

Today, I’d like to do something I’ve been wanting to for a while. We’re going to go through a list of recent quotes on Arabs and Islam and replace them with the words “Jew,” “Jews,” and “Jewish.”

Most quickly springing to mind is the latest line of tripe from Anne Coulter. While you are (unfortunately) probably already familiar with some of Coulter’s statements (see: “It would be a much better country if women did not vote. That is simply a fact.” or “[Canada] better hope the United States doesn’t roll over one night and crush them. They are lucky we allow them to exist on the same continent.”), you may not have heard Coulter’s recent assertion that the wife of one of the Boston Bombers should ““Be jailed for wearing a hijab” (right after saying “I don’t care if she knew about this [bombing]”- just so you know it’s about religion, not justice).

END_OF_DOCUMENT_TOKEN_TO_BE_REPLACED

Shame Day: Africa Will Always Be Poor (And Other Racist ****)

First off, CISPA, passed by Congress last Friday, is headed to the floor of the Senate. If you haven’t already, get in contact with your senators and send them this message:

Now back to business.

I’ve been meaning to take a crack at this issue for a while. In fact, I’ve even tried a few times to actually write a post on it- I just couldn’t quite find the words to illustrate the problem succinctly.

Then, earlier today, I came across this image [click to open up larger in a new window]:

END_OF_DOCUMENT_TOKEN_TO_BE_REPLACED 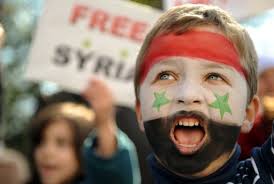