Well readers, it’s Memorial Day in America, meaning that you’re almost certainly going to stumble over one of these pictures today…

These have a habit of rearing their heads from the depths of the internet whenever a holiday rolls around. Memorial Day. Veteran’s Day. Our sense of patriotic duty and military sympathy is so strong that we’ll even claim Labor Day “isn’t just a long weekend.”

And regardless of where you stand on the political spectrum, your Facebook feed is almost certainly going to be drenched in emotional “tributes” to the armed forces.

And it’s that last one there that really irked me. “The real meaning of Memorial Day.”

The “real” meaning of Memorial Day.

Because apparently everyone’s been grossly incorrect about what Memorial Day means. Because the “real” meaning- like the city of Atlantis or the paintings of Botticelli- has been lost to mankind. Because it must mean something. It can’t be just a day for BBQs, right?

Well readers, yours truly has undertaken an intrepid journey into the heart of American culture to uncover that legendary “lost meaning.”

The Internet, The Military, And Feminism – A Brief Interaction Between Two Facebook Pages

First things first, this is going to be another one of my shorter posts. The days ahead are packed so I’ve sat down to rattle something off on Wednesday night just to keep the content coming. Secondly, when it comes to the military and feminism I am very confident in my feelings towards one and very uncomfortable and unsure about the other.

I’m not one to bandy around words like “liberal” and “conservative”, proper nouns or otherwise, but in general the profession of killing others isn’t one that sits easily with me. To say that I think we can solve all of the world’s problems by just sitting down, talking, and hugging it out is a step too far, however. There is clearly a need for such men and women, with World War II being the obvious go-to example of when war is right [literal decades of video games have communicated how evil the Nazis were]. Not everyone can be negotiated with or see reason, no matter how badly we would like that to be true.

Nazis are so evil that Nazi zombies are actually better, not worse, because zombies can’t be antisemites.

So no, at bare minimum I do not hate the military or its existence. That of course does not mean I don’t get uneasy about the whole semper-fi-oorah-[yes-I-know-those-are-both-specifically-USMC-related] mentality that appears to be a requirement of serving in the armed forces. It makes sense, of course, to want to foster an unbreakable kinship between people who depend on each other for their survival, but it’s also obvious that this kind of impregnable bond can lead to a lot of terrible things being covered up [see literally any recent news article about police brutality].

It should also go without saying that this club, if we can call it that, is primarily male. According to CNN as of four years ago only “about 203,000 [. . .] or 14.5% of the active duty force of nearly 1.4 million” is made up of women. Even without this statistic it isn’t surprising that the vast majority is men, and that such a male-dominated environment results in particular attitudes and opinions being fostered.

Feminist-Grunts11bravo, U.S. Infantry Soldiers is a mouthful [and referred to from this point on as Feminist-Grunts], but also the name of a Facebook page I came across with a very unique mission. It claims to be “for Infantry dedicated to respecting women and kicking ass of chauvinistic a**holes,” which doesn’t sound like something I have any problem with whatsoever. It’s also run by a single “feminist female veteran” who describes the page as being a “parody account”. To dig deeper into what she means by that, she says:

“This page is really a parody satire project where I pretend that feminist grunts exist, that they run this page, and that they believe in fairness, equality, and that everyone regardless of sex, gender, race, class, religion, has an undeniable right to pursue whatever careers they want to the best of their ability.”

END_OF_DOCUMENT_TOKEN_TO_BE_REPLACED 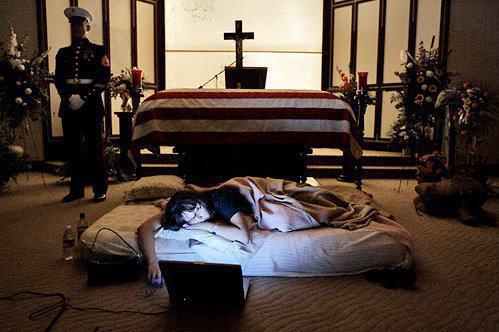 END_OF_DOCUMENT_TOKEN_TO_BE_REPLACED

GORDON: The Culture “War” has more often than not been used as a metaphor, but every once in a while (and with increasing occurrence) battles of the heart and mind start to include blood and iron as well.

Today we’re going to be discussing the ongoing Crisis in the Ukraine, both in regards to its roots and its implications in our society as a whole.

EVAN: I’m going to be one hundred percent honest with you, Gordon, and with all of our readers, I’m primarily going to be viewing a lot of Russia’s actions, and the responses of the other world powers, almost purely as if this were all a game of Sid Meier’s Civilization V.