Even though I wrote a little over a thousand words last week on my experiences with Doctor Strange [required reading for this blog post] there were a couple of additional criticisms I wanted to level against both that specific film and the industry as a whole. While I covered pretty thoroughly how Asians were poorly represented in Marvel Studio’s latest offering, what I didn’t really touch on was why.

When Diversity Means Painting With All the Colour of the Wind

In the months leading up to the release of Doctor Strange the conversation about the Ancient One’s casting began heating up. With mainstream news outlets picking up on the controversy there were many waiting to hear from the creators themselves, which brings us to the episode of the Double Toasted podcast that guest starred screenwriter C. Robert Cargill.

While his explanations regarding the character have since been championed by those defending the casting decision, even after his rescinding all comments made, and in spite of them being refuted by others, in particular by Shaun of the No, Totally! podcast, what I want to focus on are what he says right after that:

Now if you don’t want to actually listen to him, which I find perfectly understandable, I’ve also transcribed the relevant quote [emphasis added]:

“But when you start to see this film you’ll see that what we were able to do with Kamar-Taj, we made one of the most multicultural films most people have seen in years. Like this film is [. . .] I’m not certain that there’s a single major race that isn’t represented with a speaking role in this film. It allowed us to bring in, even as small characters to build upon later, a lot of characters from the Doctor Strange universe who come from all over the world. We were able to play with a lot of things and it gave us a lot to work with.”

END_OF_DOCUMENT_TOKEN_TO_BE_REPLACED

Aaron Sorkin and Flash Boys: The Difficulty with Bringing Asian Heroes to the Big Screen

Asian Superheroes. The perfect intersection of two of my passions: racial diversity, in particular the representation of those who look like me, and the stars of my favourite medium, ie. comic books. It was just earlier today that I picked up the second issue of Silk, which [as briefly mentioned in another post] features Marvel’s newest hero, a Korean-American who received her powers from the same spider that bit Peter Parker.

Similar to Spider-Man she has enhanced speed, strength, reflexes, and a danger detection system [aka. her self-coined “Silk-Sense”] as well as her very own ability to 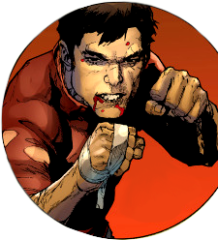 create biological webs from her fingertips. Other favourites from the same publisher include Shang-Chi, the Master of Kung-Fu, an Avenger at the time of this writing. He primarily relies on his master of martial arts, an ability which didn’t keep him from participating in an intergalatic war to save the universe. Another is Amadeus Cho, a teenager who attained the title of “7th Smartest Man in the World” and frequently took down superhuman assailants with only his intelligence and whatever else was available. Yes, at one point one of those superhuman assailants was the Hulk. The Hulk. 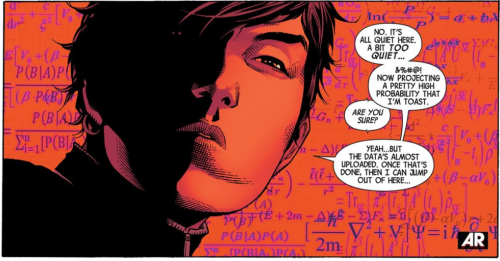 Each of these heroes is wildly different from the next, but share a few key similarities [besides their belonging to Marvel and being of East Asian descent]. The first is the quality that makes them heroes, the self-sacrificial desire to protect the innocent and defeat those who would do them harm. The second is that I would love to see any and all of them make it to the big screen one day, to fight alongside the White, square-jawed Chrises of the Marvel Cinematic Universe. The third is that every one of them is a work of fiction.

Bradley Katsuyama is a real-life currently existing person. He is an Asian-Canadian and has been a doer of objectively heroic actions surrounding the investigation and consequent combating of algorithms that preyed on unwitting investors. While not the intellectual property of a company creating and producing recent years’ largest blockbusters he is the focus of the novel Flash Boys: A Wall Street Revolt, a film adaptation of which Aaron Sorkin is set to write the screenplay for. Yet at this point Katsuyama is no closer to having his story told than Shang-Chi or any of the rest of them.