Let me tell you why it’s bull****. END_OF_DOCUMENT_TOKEN_TO_BE_REPLACED

Why Horror Movies Are Good For You

That’s not something you’d expect someone to say about the genre, is it?

Sure, you might hear about horror “classics”. There are plenty of fans out there who’ll talk about their personal favorites. You might even hear critics fondly contemplate how certain horror flicks were telling of their times. But morally edifying?

Well that’s the argument I’m going to be presenting to you today.

Now this isn’t the first time I’ve tried to champion the macabre. I don’t expect it to be the last either- not considering the reaction folks give me when I say I enjoy the stuff.

And before we really dig in here- let me get the obvious out of the way.

Yes, a lot of horror movies are garbage. The slasher/”teen-scream” subgenres use cheap gore and excessive nudity as a crutch for plot. More serious attempts still rely on the same cliches that have been around for decades. Plenty are poorly acted and have production values that could be outstripped by a middle school enactment of Romeo & Juliet.

When we watch TV we are bombarded by commercials because the networks need money [as we all do] to survive. Some of that money makes its way to showrunners and the like, and the more successful their programs are the more money, ostensibly, the network will give them, because you want to spend money on that which makes you money. Hulu is an American streaming service that allowed you to watch TV shows the day after they aired, but had them accompanied by ads, for obvious aforementioned reasons. END_OF_DOCUMENT_TOKEN_TO_BE_REPLACED

I enjoy fighting. I’ve even taken a couple classes in a few different martial arts (although never for long enough to learn anything more than the basics). Occasionally, I enjoy watching a match of MMA or boxing. Watching these matches always makes me feel conflicted. On the one hand, I enjoy the skill and level of physicality involved in fighting; on the other hand, as a Special Ed Aide, I feel terrible supporting sports that could cause long term brain damage. Despite this internal conflict, and despite the fact that I’m not an avid sports watcher, I know I will be watching Ronda Rousey fight Bethe Correia on August 1st. Below, I’ve explained a few reasons why.

1) Rousey is a bad-ass chick

This post went up late because I made myself go to kickboxing last night and then crashed when I got home. The main reason I convinced myself to go (trust me, I love finding an excuse when I can), is because of all the Rousey clips I’ve been watching. When I thought about skipping, I couldn’t help but remind myself, “what would Ronda Do?”

She would do a bad-ass ninja flip and then get herself to kickboxing practice, that’s what.

END_OF_DOCUMENT_TOKEN_TO_BE_REPLACED High heels are bad for you. That’s a cold, hard medical fact, and one that most everyone’s familiar with by now. Still, women continue to wear ’em, which again begs the question of “Why in heaven’s name would they put themselves through this?” END_OF_DOCUMENT_TOKEN_TO_BE_REPLACED 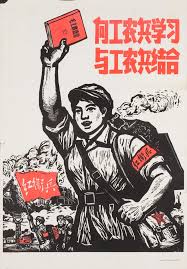 In the simplest possible terms, leaders come and go, the great will of the masses does not. For our struggle is not against flesh and blood, but against the rulers, against the authorities, against the powers of this dark world and against the spiritual forces of evil in the heavenly realms. The fight to change the basic values and principals of the people must come first– but how is this done? END_OF_DOCUMENT_TOKEN_TO_BE_REPLACED