Let’s try to figure out why. END_OF_DOCUMENT_TOKEN_TO_BE_REPLACED

“There is nothing new in art except talent,” words by Anton Chekhov that I was forced to look up because I’ve already cited Ecclesiastes in a prior post. They’re also words that I feel forced to grasp firmly on to as I’m faced with the deluge of television spin-offs soon to flood your televisions and my laptop with more and more of the same. With that being the worst case scenario, of course.

That being said, I’m going to try my best to take the stance I typically take on these sorts of things, which is that ultimately execution trumps everything else. Chances are that you wouldn’t have thought that a movie about a guy with his arm trapped under a rock would be able to hold your attention, but 127 Hours is great. The premise of a work of art does not damn it, though it certainly colours how audiences choose to approach and experience that work. END_OF_DOCUMENT_TOKEN_TO_BE_REPLACED

And needless to say, we’re all just sitting around trying to figure where to go from here. Some people are saying we should just start the series over again.

And honestly, that’s not the worst idea in the world. Similar to Arrested Development (excluding the miniseries), there’s a ton of hidden symbolism and foreshadowing that definitely gives the series plenty of rewatch value. Heck- you could just try tracking down the last few stubborn heretics who haven’t seen the show yet and watch them watch it. Which reminds me- anyone who hasn’t seen the finale should probably tune out now. I’m going to try to avoid spoiling anything, but just to be safe, better add CWR to your media blackout for the next 24 hours or so.

END_OF_DOCUMENT_TOKEN_TO_BE_REPLACED

A Vindication of Piracy

A while ago (and with great reluctance from Evan), I posted a defense of piracy.

Understanding how much Evan and I differ on the subject, I wouldn’t have written anything more about it- had the BBC not just put forth an article kinda vindicating my entire position.

Oh, you better believe I’m gonna be cocky about this…

END_OF_DOCUMENT_TOKEN_TO_BE_REPLACED

Beyond Good and Evil

Act 2, Scene 2 of William Shakespeare’s Hamlet has the titular character declare that “there is no good or evil, but thinking makes it so.” Years later, this same sentiment would be echoed by Milton’s Lucifer in Paradise Lost, vowing “The mind is its own place, and itself, can make a heaven of hell, a hell of heaven.”

Moral ambiguity, in case you haven’t caught the drift, is the subject of today’s post. Our culture is becoming increasingly saturated with concepts and figures embodying this general rejection of our traditional measures of what right and wrong is. Jump back twenty years, and the definition of a bad guy would be fairly straightforward. A bad guy breaks the law. A bad guy hurts people. A bad guy lies. A bad guy uses people.

Today, all those things would describe five minutes of screen time with Breaking Bad’s Walter White…

Or The Walking Dead‘s Rick Grimes…

Or even any of these guys…

And lest anyone think that women are excluded from this mentality…

Now this isn’t the first time we’ve had a run of morally questionable heroes/antiheroes dominating popular culture. If I were to describe tough, unflappable, characters struggling against each other for their own ends and agendas, often in contradiction of the law- you’d probably assume I was talking about characters from some film noir piece.

And it makes sense, doesn’t it? Throw a mass of people in an economic depression with no end in sight, mix in distrust of the powers that be, add cynicism in regards to any progress or change, and when else can you expect but a tacit respect for the handful of people who do manage to carve themselves out a living. When you’re living paycheck to paycheck, “right and wrong” doesn’t quite seem so relevant as “effective or not.” When you feel helpless and voiceless, chances are anyone whose managed to be independent and powerful is going to be attractive- be he/she a suave criminal, a cunning businessman, a shrewd politician (à la Game of Thrones), or even just an all-around tough guy (see Sons of Anarchy).

And we’re not just talking about TV shows here.

Who are the good guys and bad guys in Inception?

Think about it- exactly which characters were representing the side of justice, truth, and freedom? Or Killing Them Softly? The Godfather Series? The Big Lebowski?

Our heroes today aren’t crusaders, they’re survivors. They’re those who manage to carve out a slice for themselves in spite of law, society, and conventional morality. “Good and evil” simply aren’t relevant.

And y’know what? I’m not hear to pass judgement on any of that.

There’s strong arguments to be made on all sides for whether or not this is a good or a bad thing or, to put it into morally ambiguous terms, a productive or a destructive thing. There’s even a strong case to be made for the “morally ambiguous” characters on TV and in the movies still never straying too far from anything truly socially unacceptable. Alternatively, you could (and I would) potentially argue that the moral system we had before all this wasn’t actually all that moral to begin with.

And what about the issue of cultural plurality in our ever-shrinking world? When what is right according to my moral code wrong according to yours, how do we proceed? Do we try to find some sort of umbrella system to keep us from fighting each other? Maybe we should declare moral anarchy and simply duke it all out based on the strength of our convictions. Certainly Nietzsche would approve of that.

All that’s to say that the issue’s complicated.

Speaking for myself, it is nice to see some kind of conviction, even if I don’t agree with the cause at hand. There’s a case to be made for apathy being the pinnacle of all evil. In a world where the greatest battles the average person (or rather, Westerner) faces are over such petty, empty things as getting a dinner order right or having to wait in line, seeing any kind of drive makes for a nice change. As with so much in this past year, it might not be great, but it’s a start.

Even if you haven’t recognized it for what it is, chances are, you’ve seen elements of it. The resurgence of beards, comments on period piece clips like “Why don’t we wear hats anymore?” or “Dang- they knew how to dress back then.” Or perhaps you’ve stumbled across The Art of Manliness or are (like me) a faithful apostle of Ron Swanson.

Now whether you’re aware of it or not, there is a growing culture based around this general perspective of “manliness” that supposedly existed from 5,000 BC to 1974 AD. The resurgence in the popularity of the beard, the wave of internet memes centered around being “classy,” our love affair with period pieces- all of this compounded has created the beginnings of a whole new subculture.

Don’t believe me? Just take a look at some of our favorite TV characters. 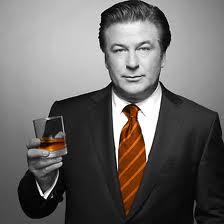 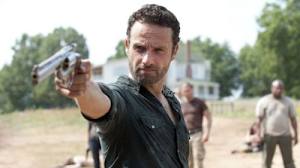 Cullen “I Will Punch You For No Particular Reason” Bohannon

Comedy, Drama, Action/Horror, Westerns- this is a pretty broad range, and we’ve got the same strong, dour antihero type in all of them. Men who remind us of our fathers and grandfathers. Tough as nails bastards who came to this country with only a dollar in their pockets- who took a break from their honest 8 to 8 jobs of hitting metal with other pieces of metal to kill Nazis and look dapper doing it.

So what’s this culture all about? As with any group, we can talk about the superfluous or cosmetic elements- in the case of the “manly” group, handshake etiquette, strait-razor whetting, and driving stick- but to really understand ’em, we’re going to need to look at the underlying values in play here.

What do all the men shown above have in common? A degree of independence. They’re DIY guys. Men who aren’t reliant on the help or charity of others- in short, dudes who can take care of themselves in most any situation, from car repair to providing for the family to killing the undead. And on that note…

These are all men who don’t allow themselves to be victims. They’re proactive moment-seizing leaders who don’t wait idly by for someone to step up. Good or bad, they’re leading the way- and speaking of bad…

These are guys who tend to lend credence to the stereotype of the unspeaking, unfeeling male. At best, the strong, silent type- at worse, the uncommunicative lout. One way or another, they don’t let the situation get the better of them. That’d be undignified, and if there’s one thing that they’re about, it’s…

It’s in the way they dress, the way they speak, the way they expected to be treated. A kind of code that prohibits some things and makes others compulsory. You can’t hold your head high, then what’s the point in having one?

These men are all, to varying degrees, antiheroes. Guys with their own agendas and a certain degree of moral ambiguity that keeps you on your toes. There’s a level of egotism, self-centeredness, and disregard for others that makes them pretty good at what they do, but what they do not all that good- certainly they don’t fit the traditional mold of the selfless, self-sacrificial hero.

And while it’s not true for all of them, money tends to be a major element of their stories. A drive to be successful, prosperous, and (again) independent. It’s the age-old dream of being your own boss.

So what does all of this boil down to?

It’s about power. These guys represent everything we, as a generation, aren’t. Independent, wealthy, self-assured, proud. Does that sound like us? Not at all. We’re the casual dressed, globally conscious masses struggling to make it by, and taking whatever miserable, degrading soulless job we can find. We’re not strong like these glamorized images of our grandparents are (having conveniently erased the racism, bigotry, and misogyny).

But we want to be.

And so begins the perpetual motion machine of life-imitating-art and art-imitating-life. Epic Meal Time, Memes, Period Pieces- the list goes on. 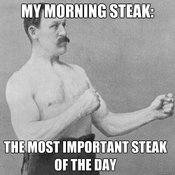 So is this a good thing or a bad thing?

Well, there are good and bad elements to every culture (some more bad than good, and vice versa), but let’s list out the positives and negatives. 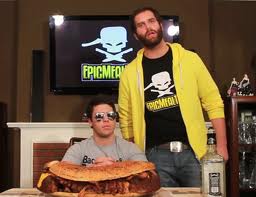 So what’s the final verdict? 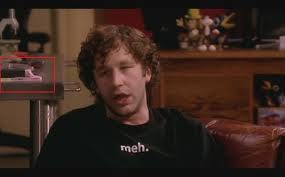 “Manly” culture doesn’t appear to be either helpful or harmful- at least, not yet. The underlying issue being power, it’s going to be faced with the task of walking the thin line between empowerment and megalomania. So long as self-control is kept in mind, they oughta be fine.

Be sure to look for next week’s installment: “Science” Culture.