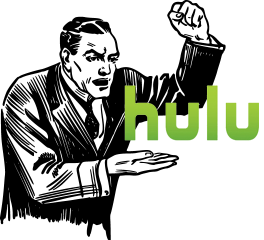 When we watch TV we are bombarded by commercials because the networks need money [as we all do] to survive. Some of that money makes its way to showrunners and the like, and the more successful their programs are the more money, ostensibly, the network will give them, because you want to spend money on that which makes you money. Hulu is an American streaming service that allowed you to watch TV shows the day after they aired, but had them accompanied by ads, for obvious aforementioned reasons. END_OF_DOCUMENT_TOKEN_TO_BE_REPLACED

“Spectacle” is the term for it. How much is it integral to movies and the movie-going experience? Do we really lose anything by watching a movie on our TVs rather than in front of the big screen? END_OF_DOCUMENT_TOKEN_TO_BE_REPLACED

What Happened to Reading?

Now I know that there’s a certain degree of irony attached to this post. Just now you read my question on why people don’t read anymore. I’m not really talking about reading in the the sense of skimming the occasional article online, though. Before anyone tries to point it out- yeah, I’m aware that the medium for communication has shifted a lot since video is now accessible to pretty much everyone.

I’m talking about books, people. When did we stop reading books?

I would go bankrupt buying books with gifs for illustrations…

I can’t count how many times I’ve been reading a book in public and people act as if I’ve started cleaning a black-powder musket.

END_OF_DOCUMENT_TOKEN_TO_BE_REPLACED

A Brief Argument Against Anti-Piracy

Over the past couple years, the issue of regulating the internet has repeatedly arisen, and while there have been many issues contributing to this, there is perhaps none more well known than the contention over copyright infringement and piracy.

Now for  a brief disclaimer.

I am a Marxist. I do not believe in “property” as the word would be recognized today. Every written work, every film, every piece of art belongs to every human being living. The Godfather series is just as much a part of our legacy and inheritance as the Mona Lisa, and as such, access to it should be enjoyed by all.

This is all to say that I don’t view “copyright infringement” as constituting any true offense. On the contrary, it’s simply the people taking back what was rightfully meant for them to begin with- but I’m not here to talk about that.

No, I’m here to talk about how the music and film industries’ witchhunt for media pirates is doing them (and everyone else) far more harm than good. Let me break it down for you.

I. Some People Will Never Buy

It’s a strange statement, but a true one. There may be a slim minority of people who pirates actually are keeping from the major industries through their cheaper/free service, however it ought to be fairly safe to say that there are plenty of people out there who would not otherwise listen to certain artists or watch certain shows. We’re living in tough times, and with your average movie ticket running at about twenty bucks (to say nothing of the gas getting to the theater and back), for many of us piracy is the only way we’ll see new movies and shows. Assuming there’s a segment of the population who will never, ever pay to see The Godfather, stamping out free avenues- namely piracy- doesn’t save the industry any cash. On the contrary, it just means that those people who don’t get to see the movie because they won’t pay for it aren’t talking about it, and generating buzz that might well attract people who will pay to see the movie. And speaking of them…

II. Some People Will Always Buy

You can see pictures of Mona Lisa anywhere; it’s one the most widely recognized images in human history. Because it’s available for free most anywhere, no one will actually go see it, right? After all, it’s been “pirated” to death. Yet that room in the Louvre is packed wall to wall with people who want to see the thing for themselves. Why? Because it’s the original. Doesn’t matter that it’s roped off, or behind glass, or barely visible, or that the guards usher you along after thirty seconds- it’s still wildly popular. The same is true of all media. Some people- plenty of people- will part with their cash to see Avatar in 3D, rather than watching some grainy, laggy version taken on a hand-held video camera in Thailand.

You may not have experienced this in the states, but there was once a time when DVDs were listed by region codes, and could only be played on players that recognized that region. In other words, a DVD from America couldn’t be played on a DVD player from Europe and vice versa. You were granted a limited number of “switches,” but seeing as how you typically only got seven, it just put off the problem, rather than solving it. The goal (one of ’em, at least) was to prevent international piracy of DVDs through cracking down on how far away they came from, but all that just came down to it being a huge hassle for everyone, regardless whether or not their purchase was legitimate. Imagine all the time, money, and manpower that was invested in that venture that wound up solving nothing and quite possibly leading the industries involved to lose more money over that debacle than they would’ve lost to actual piracy. The same could be said for those hyperbolic ad campaigns comparing piracy to car theft

And while we’re talking about the industry shooting itself in the foot, let’s not forget the fact that preventing access to one film will very often lead to prevention of access to another. Quite simply, a person who doesn’t see The Godfather is not likely to go see the sequel, whereas someone who has seen The Godfather has a far better probability of winding up trying to see the sequel, either legitimately or through piracy. Is it a guarantee? No, but it’s still a better chance for the industry to make some cash than by preventing the person from seeing the first film at all.

Lastly, I have to point out that we have free access to most films, music, and TV shows anyways- down at the local library. Only problem with that is when I drive to the library, I’m spending gas money, creating traffic, and spitting out exhaust fumes. Now I can get most anything down there for absolutely free, and no one complains. But imagine instead that I save on gas money, I keep the streets clear, and I reduce my carbon footprint by staying inside and watching the same movie I would’ve gotten free at the library. Suddenly, I’m a soulless criminal. Does that make sense to you?

What’s to be gained from all of this? Despite the doom-and-gloom prophecies of the industries, piracy continues on its merry path and yet we haven’t seen a decrease in the quality or production values of our movies.

We have more music artists now than we did a decade ago (at least, more access to them), in spite of piracy, and two of the most popular genres of our generation, techno and dub-step (I will never stop being ashamed of that) is heavily based on remixing and sampling other people’s work, i.e., piracy.

Look- I’m not asking the media giants to be happy about piracy, but at the same time, I have to question whether it’s really even worth it. All that cash being poured into anti-piracy gambits isn’t working– if it doesn’t already outweigh the revenue lost, wouldn’t all that time and effort be better spent elsewhere? Wouldn’t it be more profitable elsewhere?