The Madness of King Donald

No, that can’t be right.

Not that I have any idea what you’re talking about. Our lord is, of course, the great and glorious Emperor Tiberius. But this you surely know.

They whisper in the streets that Tiberius only rose to power because his step-father was the mighty Caesar Augustus, but if you were to only see the man, you would know that this is not the case. Indeed, you may find many here who would disparage the great emperor as a fool at best and a madman at worst, but these are nothing but false reports!

Of course, you may not have the good fortune to see Emperor Tiberius. He is away presently, as he so often is, at his villa in Capri.

But just because he’s off in some pleasure villa doesn’t mean he’s not working tirelessly to make Rome great again! Granted, our historian Tacitus has recorded the emperor as a temperamental man who goes on rants (such as decrying the Senate as ‘men fit to be slaves’), but do you know what? I can appreciate an emperor who says exactly what’s on his mind.

Despite Max’s sobering realization last week that things between her and Randy are officially donzo we open up, after what I believe is an unprecedented “Previously on 2 Broke Girls” segment, with her announcing that she’s off to LA to save their relationship. “And the Himmicane” marked a real low for the character, with half of the titular duo actively deluding herself that the breakup was in fact just a break. Watching “And the Planes, Fingers and Automobiles” I kept noting how much stronger Max appeared compared to the last time I saw her, but also observed that it was still in service to keeping things with Randy going.  END_OF_DOCUMENT_TOKEN_TO_BE_REPLACED

Making Till We Meet Again: Emrhys Cooper Explains What It’s Like Being the Bad Guy [In Relationships and Abroad]

Today marks the last installment of “Making Till We Meet Again“, a series of interviews with the creators of the award-winning indie film in question. Focused on a handful of tourists making their way through Thailand, many of the questions and answers to date [with director Bank Tangjaitrong and actor/writer Johan Matton] have revolved around depicting another country and culture given that framework.

Actor Emrhys Cooper is the last person to share with us, in particular about how both he and his character, David, have experienced being in the South East Asian country as visitors and guests. Fair warning, this interview contains mild spoilers for Till We Meet Again.

David tells Joanna that being in Thailand “realigns you with who you really are.” Had you been there prior to filming Till We Meet Again? Do you think there’s any truth to that?

Yes, for many reasons South East Asia has pulled me into its orbit. That powerful land mass includes a major portion of this planet’s populations, including both India and China which are the two of the most densely populated nations on earth.

At the naïve age of 18 I went on a backpacking tour of Thailand. What an incredible experience that was. Then, in 2013, I was back again as I was cast in a movie called Kushuthara which shot in Bhutan. That’s a tiny country located up in the Himalayan mountains between India and China; one must go via Bangkok to get there.

This year I returned to Thailand to shoot another movie in Bhutan. I was lucky to get to spend New Year’s Day in Bangkok, followed by an impromptu trip to Vietnam. When I finished shooting in Bhutan I went to Cambodia, which is a country any person interested in animal protection should see. The elephant sanctuary reminds us that we are not God’s greatest creatures, but only the caretakers of his best and most precious treasures. To hear and see an elephant in all its glory, means more than any person’s hug or kiss. All human beings who value our animal companions, both great and small, should understand this.

Traveling helps realign you; travellers look to find themselves or something that will help them grow. In that sense, traveling is one of the greatest therapies. It belongs alongside the couch of Sigmund Freud as a great tool for our minds, to escape from a solely interior world.

END_OF_DOCUMENT_TOKEN_TO_BE_REPLACED

Making Till We Meet Again: Backpacking and Screenwriting with Johan Matton

Till We Meet Again is an award-winning indie film focused on the way relationships can both begin and change when traveling abroad. So far I have been given the opportunity to watch and review the film, as well as bounce a few questions off of director Bank Tangjaitrong in the first installment of “Making Till We Meet Again“.

Today I’ll be sharing an interview I conducted via email with Johan Matton, whose role in the production include writer, executive producer, and acting as Erik, one of the leads. That being said, while the film was ultimately directed and brought to life by Tangjaitrong it can’t be argued that its very existence largely lies on Matton’s shoulders.

David tells Joanna that being in Thailand “realigns you with who you really are.” It seems apparent from the film, which you wrote as well as starred in, that you’d been there before. How much truth do you think there is in that statement?

I wanted the character David (Emrhys Cooper) to come across as a flirtatious, charming person who always knows what to say but is still real and sincere, not the stereotypical obstacle of a man for Erik and Joanna that he could have been. I believe in this moment he speaks about what is true to him; he is not just using catchy lines to charm Joanna (Linnea Larsdotter) at this point, I think he means it sincerely and believes this to be true. For me I believe in individuality [laughs] and that expressions such as this where “you” means “everyone” can be a bit naive.

Some people might be aligned, some people may not. However, empirically for me, Thailand definitely aligns me and I find myself looking inwards and realizing what more I can give to the world and how egotistical New York makes me if I do not take enough pauses from the city. I also believe strongly that some people do tend to get grounded sometimes when they travel and change perspectives from the loop of life we are usually in. So the statement is true to David and for me, but most likely not to everyone. END_OF_DOCUMENT_TOKEN_TO_BE_REPLACED

Till We Meet Again: A Film Review

Those are words that have been said countless times by the young, privileged, and recently travelled. And so they’re repeated to Erik [Johan Matton, who also wrote the screenplay] and Joanna [Linnea Larsdotter] over dinner on a New York City balcony. “Just go” is the advice given, and moments later we cut to the couple beneath the welcoming Thai sun.

The expectations for a story like this one are the same as they would be for an actual getaway to the Southeast Asian country: sexy, inspiring, exhilarating. Director Bank Tanjaintrong’s first feature length film, Till We Meet Again delivers on all of these fronts, but also tempers those feelings with the everyday matters of need and loneliness. Even before Erik and Joanna are separated, with the latter leaving earlier than planned to reconnect with David [Emrhys Cooper], an old friend, those issues lie just beneath the surface.

Likely attributed to the director having grown up there, Thailand is depicted with a comfortable familiarity that lacks the lurid exoticism many Hollywood movies have employed. With that in mind it serves primarily as a backdrop to the relationships playing out onscreen, which are further complicated by the introduction of Miranda [Astrea Campbell-Cobb]. While the setting’s natural and man-made beauty are never obscured there’s a tight focus on the core cast, and one that offers very little screen time for local talent. END_OF_DOCUMENT_TOKEN_TO_BE_REPLACED 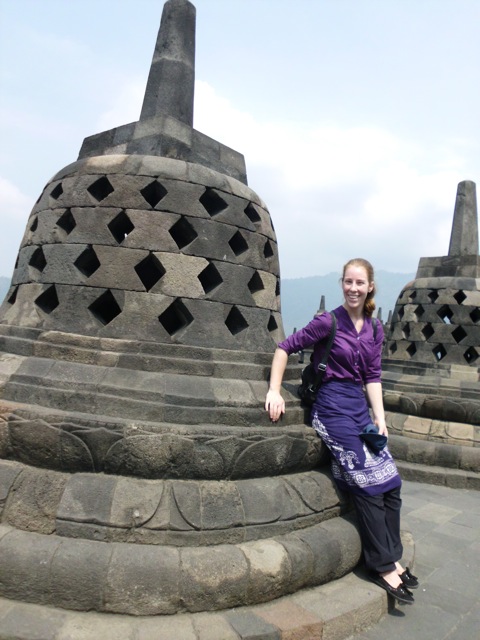