An earnest, plaintive piano melody opens as desperate figures stare out into the middle distance. A woman drops in on an old flame, using some flimsy pretext neither of them believe for a moment. What follows is a terse, tense, and incredibly human exchange as our two protagonists verbally fence over decaf and destiny.

Two individuals of differing (but equally compelling) perspectives clash over tea. It’s as simple a set-up as you can imagine, but director Mark J. Blackman manages to wring both depth and emotion from it. Sienna (Katie Goldfinch of Crucible of the Vampire, Genie in the House) and Elliot (Johnny Sachon of Cloud 9, Late Shift) examine each others’ lives, what they themselves have become in their time apart, and what they could have become. It’s a beautifully ****ed-up My Dinner With Andre, keeping in mind that I’ve never seen My Dinner With Andre and all I have to go on is Wallace Shawn’s showdown in The Princess Bride. END_OF_DOCUMENT_TOKEN_TO_BE_REPLACED

I started writing for the blog a little before I got married. Around the time of my anniversary each year, I’ve written a post about my married experience. For my first anniversary I shared “4 Things I Didn’t Expect” (about marriage) and last year I gave you “4 Reasons Why Marriage is Worth the Risk (Even in the Age of Ashley Madison)“. This year I was thinking about what sort of married life wisdom I could share with you, and the only thing that came to mind was advice that older and wiser people had told me. So, as my third wedding anniversary approaches (next month) I’ve decided to share the three best pieces of advice I’ve received during my marriage.

I’ve always been a fighter when it comes to my relationships. I think that discussing an issue can allow you to unearth the deeper problem and talking things out can keep you from feeling resentment. By the time I got married I had also heard and/or read one piece of marriage advice over and over again: don’t go to bed angry.

I’m glad someone told me to cast that advice aside.

Instead, they suggested that sometimes we really should go to bed angry. Because sometimes, even the best of us want to strangle our partner for a reason that will seem pretty silly the next day. Often, by postponing that impulse to vent your irritation, you can avoid making an argument out of something that doesn’t really matter.

END_OF_DOCUMENT_TOKEN_TO_BE_REPLACED 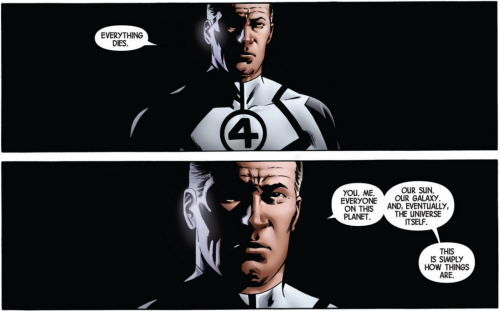 Yesterday morning it was announced that British actor Alan Rickman had passed away from cancer. At the very beginning of this week it was revealed that musician David Bowie has suffered the same fate. As social media was filled with mournful statuses and 140 character eulogies I couldn’t help but be drawn back to a post I wrote almost three and a half years ago called “Celebrity Mortality and Actual Loss”.

In it I drew a comparison between Michael Clarke Duncan, and other such famous people who had died within the past month or so, and my grandmother, who breathed her last in the ICU of a Toronto hospital just the day before. When rereading it in preparation for this post it was impossible to ignore the bitterness that lay right beneath the surface, the pain still so fresh from the loss I had just experienced.

It’s been a while since then, long enough for the years to dull the hurt and extinguish any anger I might have once felt towards a world that appeared to haphazardly allocate its sorrow. Now, years later, my Facebook feed filled with dozens of Ground Controls hailing Major Tom, I find myself on the opposite side of the spectrum, feet terrifyingly close to being planted firmly in indifference.

Which, understandably, makes it look like I’m not doing so hot on the scale of emotional maturity. END_OF_DOCUMENT_TOKEN_TO_BE_REPLACED

Friday saw a federal jury sentence Dzhokhar Tsarnaev, one of the culprits behind the horrific bombing of the 2013 Boston marathon, to death by lethal injection. When I saw the headline pop up on my news feed, all I could think to myself was-

Readers, no one- even the defendant- disputes Tsarnaev’s guilt. Tsarnaev’s cowardly attack murdered three innocent people and wounded over a quarter thousand others. That Dzhokhar and his brother, Tamerlan (killed in a standoff with police shortly after the bombing) are monsters is likewise not in question.

But with all of that in mind- the guilt, the heinous nature of the act- what’s a lethal injection going to solve?

Now this isn’t the first time I’ve talked about the death penalty on this blog, but I think there’s hardly a better example of how fundamentally useless the thing is. And don’t for a minute think this is some bleeding-heart outcry against killing- I’ve got no problem with that, and I actually think we don’t resort to violence nearly as fast or often as we should.

What are we trying to acomplish here?

Tsarnaev murdered three people and mutilated hundreds of others. If we take a balance-the-scales approach to justice (which I don’t- but that’s another discussion), then we’d have to find some way of killing and reviving him three times and subject him to years of physical and emotional torture.

We can’t do that.

You can pick whichever you want, but it’s just not going to happen. If you want to you make justice your sticking point, then fantastic. And I don’t say that with an iota of sarcasm, I really and truly to laud that. But again, this isn’t justice. END_OF_DOCUMENT_TOKEN_TO_BE_REPLACED

Yeah, we’re not really gonna be using gifs for this one…

EVAN: Ladies and gentlemen, I realize that the intro to this feature is usually a fairly funny, light-hearted bit, but this time around we’re going to bring the tone way down, because our topic for the week is funerals.

I actually had no idea that we would even have a CWC due to Gordon not being around, but it turns out that his absence was due to the very thing we hope to discuss.

GORDON: Now this is something that Evan and I alike have some experience in. Last year, Evan lost one of his grandparents. Last week, I lost one of mine.

Just a few minutes ago, I got back from the funeral (well, technically it was a “viewing/visitation”- whether or not there’s a difference is something I hope we can cover), so today we’re going to be having a discussion on the subject of grieving, cultural depictions of mortality, and other such stuff. END_OF_DOCUMENT_TOKEN_TO_BE_REPLACED

Evan and Gordon Talk: About Whatever, Because You’re Not Helping Us Out Topics-Wise

EVAN: Dearest audience, I don’t know what happened. There used to be a time when you offered us E&GT topics like it was nothing, and now it feels like something has come between us. Is it Gordon’s divisive posts about Christianity? Just let us know, we can’t take the silence any longer!

That being said, we’re basically just going to talk for 45 minutes about whatever we feel like.

So, Gordon, the two of us have been known to play D&D from time to time, and I’m going to pose it to you to come up with an original class idea. Keep in mind that I already have one and it is pretty good.

And I’m expecting something a little bit different from your usual high-damage through bladed weapons or dark magic with low health.

GORDON: Ah, we’re going right for the nerd crowd, eh? Okay, how about this: END_OF_DOCUMENT_TOKEN_TO_BE_REPLACED

If you only know how busy I’ve been. Not only did I just finish up writing a freelance article for a two-page spread, it was an entire day late. I’m also over a week behind on my Gender in Comic Books course, and suffice to say, I-

Tomorrow I will be leaving from work midday to head down to the States to attend a graduation at my alma mater. This will make writing stories for my writing group’s weekly prompts nearly impossible.

In a lot of ways, life is behaving like Marine gunnery sergeant and Iraq War veteran Stephen Roberts [I am the football player, attempting to , uh, play football]:

Really, though, this is just a bunch of excuses punctuated by mildly entertaining gifs. Next week should be better, so stay tuned for a bunch of posts about race and movies, because I am all about that [and had planned to write about that today].