Internet Asks Why The Human Torch Is Black, I Ask Why His Sister Isn’t

As many of you probably already know the cast for the upcoming Fantastic Four reboot was officially announced yesterday. Now as you might expect I have more than a few thoughts on the actors chosen [first in my mind was how the slender, British Jamie Bell was supposed to portray Ben Grimm, tough-as-nails physically imposing fighter pilot raised on the Lower East Side], but what I’m going to be focusing on is the conversation that’s been reignited upon seeing Michael B. Jordan confirmed as Johnny Storm aka The Human Torch. 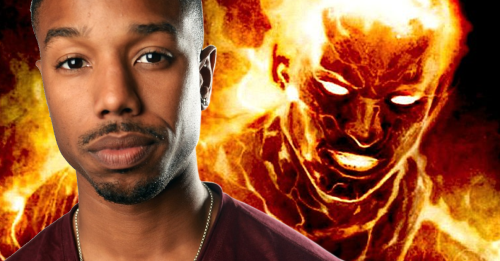 See, the actor had signed on to portray the character as far back in October of last year. The internet reacted then as it does now, with many diehard fans inflamed at the idea that a superhero created in 1961 would appear in a movie as a person of a different skin colour. To be honest I was extremely ambivalent about the whole matter, torn between wanting to see more minorities in big roles as well as wanting comic book movies to stay true to their source material.

Now, however, I’m fine with Jordan. I acknowledge that he’s a good fit for Johnny Storm [his enthusiasm and fun-loving nature in Chronicle is evidence of this] and has acting chops to boot [I have not read or heard a single negative thing about Fruitvale Station]. No, what I want to discuss is why he’s the only one who’s Black.

END_OF_DOCUMENT_TOKEN_TO_BE_REPLACED

I really like watching TV, you guys [and girls]. To be more specific, sitcoms in particular are my absolute jam. Their format is one that garners fanbases as rabid as Breaking Bad [okay, maybe not that intense], and just because a piece of art’s main purpose is to make us laugh doesn’t mean that it can’t have just as much of an impact as more humorless fare.

In all seriousness, though, I’m going to be writing about racial representation and how New Girl and Brooklyn Nine-Nine, two of my favourite sitcoms, are doing great things in that regard. END_OF_DOCUMENT_TOKEN_TO_BE_REPLACED

If you’ve been sheltered from much of the world’s madness, you’ve probably been fortunate enough to avoid a Megyn Kelly, FOX News’ latest production in their attempt to create the perfect Aryan newscaster.

Seriously, it’s like a “Where Are They Now?” slideshow of the Hitlerjurgend…

For the most part, Kelly has been comparatively benign. Don’t get me wrong, she’s every much a part of the entertainment-news vomit-cycle as anyone else, but Kelly’s always been more or less decent about keeping an even keel (as much as you can at FOX) and she’s certainly hasn’t demonstrated the straight-up malice of pundits like Beck or Coulter.

At least, she didn’t used to… END_OF_DOCUMENT_TOKEN_TO_BE_REPLACED

Last week, Evan and I discussed the recent move by the Cameron administration in the UK to block pornography from British internet servers by default (it can be accessed through request). As Evan is currently on tour in the Mexican state of Sinaloa as his luchador alter-ego, “El Astronauta Más Sexy Y Famoso,” he’s asked me to write today’s post, and I’ve decided to pick up on last week’s talk.

We had blasted a few arguments back and forth (with me arguing that the ban did far more harm than good) but one line of reasoning that I didn’t get a chance to use was this:

Today is a little different because I’m not pointing to a specific show or YouTube series, but a single video featuring a ridiculous amount of talent. Below is a diagram I created that demonstrates the audience who would most appreciate it:

Now allow me to do what I do and provide a little context. END_OF_DOCUMENT_TOKEN_TO_BE_REPLACED

The Very Real Threat of Islamophobia

Today, I’d like to do something I’ve been wanting to for a while. We’re going to go through a list of recent quotes on Arabs and Islam and replace them with the words “Jew,” “Jews,” and “Jewish.”

Most quickly springing to mind is the latest line of tripe from Anne Coulter. While you are (unfortunately) probably already familiar with some of Coulter’s statements (see: “It would be a much better country if women did not vote. That is simply a fact.” or “[Canada] better hope the United States doesn’t roll over one night and crush them. They are lucky we allow them to exist on the same continent.”), you may not have heard Coulter’s recent assertion that the wife of one of the Boston Bombers should ““Be jailed for wearing a hijab” (right after saying “I don’t care if she knew about this [bombing]”- just so you know it’s about religion, not justice).

END_OF_DOCUMENT_TOKEN_TO_BE_REPLACED

There Are Not A Lot Of Synonyms For “Teleport”

The YouTube uploader’s choice of music aside, I think we can all agree that a) that was awesome, and that b) we all like watching people teleport. If we look back a little more recently to the 2006 fever dream that was X-Men: The Last Stand we see that the bamf-ing blue mutant was not actually present among the plethora of mutants presented. END_OF_DOCUMENT_TOKEN_TO_BE_REPLACED